Well I am running a bit behind on posting this. I have been having really bad neck pain lately and will probably have to go to the er soon if it doesn’t stop. So it’s put me behind that is for sure.

So I wanted to talk a little bit on what I have found besides just the screws that I have thought were cameras. I do believe some of these screws I have found in my home are actually cameras. A lot probably are not. I will elaborate a little more on why I thought that there might be cameras in my home in the first place. 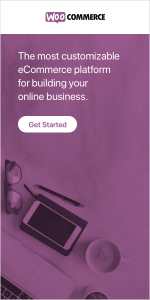 Basically just giving me an idea and a lot of worries in my head on something that I don’t know crap about. And didn’t have the first clue as to how to go about finding out who was doing it, where these camera’s were hidden in the trailer, or where to look online to find out if there were videos of us out there.

So I stressed and nothing ever came of it. I didn’t know where to look. And didn’t even know for sure if it was real. My friend was not like quoting something to me that he could completely stand on. This was his opinion I guess from what he had heard from someone else.

Now I am not good enough at video editing to do these things, but I know that many people out there are. I can do it on photos. I have changed all types of things in some of my still pictures. But video I have never done.

I guess I could be just paranoid lol. And I am not swearing that the videos are of us. I can only say right now that a few I have found were very suspicious to me. The body language is the thing that is making me look into them a little more. You can change a lot of stuff but you can’t really change a person’s body language.

So whether I am paranoid or possibly someone has been spying I thought it would be a good idea to post this just for awareness. For there may be some people out there who are unaware of how crazy it has gotten these days when it comes to spyware. The stuff just gets tinier, easier to use, and cheaper to get. So I would definitely recommend for those of you who might be thinking that someone knows a little more about your whereabouts than they really should know, to check into it a little deeper.

This site uses Akismet to reduce spam. Learn how your comment data is processed.

Mistaken All Our Lives Part 3

Strangers Approaching Me So here we are again with my ongoing story here. For those who may not know my name is Christa Bruns and I was paralyzed due to my drug and needle usage 8 years ago. So if anyone would like to go back and read the first 2 posts of Mistaken All […]

Mistaken All Our Lives Part 2

These are my stories from my life of addiction, prison, and messages from god

Greatest Look Of Bewilderment Ever Caught On Camera!

We caught my daughter taking a tumble on camera, catching the greatest look of bewilderment ever!

These are diy candle holders made with epoxy resin