This three legged dog is something else! I have never seen a dog who shows human emotions as well as this one does. He is Katie’s puppy from her one litter of pups she had before we got her fixed. When he was about 7 months old he got hit by a car. I had let katie and her 2 puppies out to go pee and katie led them right across the street. Well her and tubby made it across, and little lick did not. A guy brought him to our door telling me how sorry he was and that he ran right in front of him and he couldn’t stop in Time. Well we were bad junkies back then and couldn’t take care of ourselves let alone dogs really. But I have always loved animals more than most human beings and so even though we had no money to take him to a vet we didn’t have him put down.

I cared for him the best way I could back then. We gave him pain reliever and kept him on a towel that was like a diaper since he couldn’t go outside on his own. He slept in my arms every night like a baby and I prayed that he would get better with what we were doing for him. He slowly got better and it was not long before he was up and running around again.

But he was dragging that paw and had no feeling in it. You could tell it was not causing him pain but the problem was that eventually he would drag it down to the bone if it kept up. So to make a long story shorter, I went to prison for 9 months and Justin was a hot mess still while I was gone so my mother took Katie and her 2 puppies to her home to care for them until I got out.

She took him to the vet and got his leg removed and he got fixed at same time so everything was done at once. He went home and recovered completely and it wasn’t long before he was outrunning all the other dogs who had 4 legs. My mother fell in love with him after the surgery and while I was gone. So when I got out of prison I only had one dog, Katie. Tubby her other puppy passed away shortly after mom got all 3 dogs, lick became my mothers dog and katie of course came right back to being my baby once I got out. Little lick had not forgotten me though.

It took him a little longer to recognize me than katie when I first walked in the door after 9 months, but he eventually figured it out and was once again my little baby laying right in my arms again. So for years my mother has had him and he has lived a very good spoiled life. Until about 2 1/2 years ago when me and Justin were living in Richmond and I was still relearning to walk myself from being paralyzed from the waist down, asked me if I would take him. She knew I was the only person who would be able to take him in. 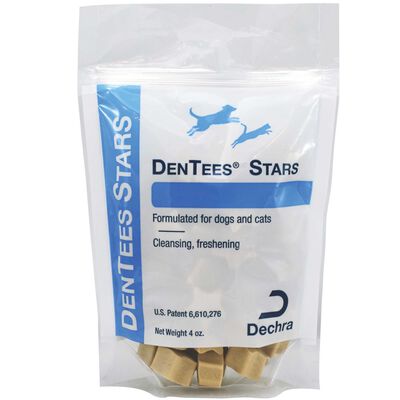 He definitely has had his issues throughout the years and from what he has been through. He either had to stay with mom, get put down or come live with me katie and Justin again. She would have never had him put down, but she had ended up with about 4-5 dogs living at her house thanks to me or one of kids, and they had begun to run around like a wild pack of dogs when all together. And they were feeding off each other and getting more brave as they went.

And so while none of the dogs were large really “chihuahuas and poodle sizes” they would go after something and u might get little lick come out of nowhere and bite an ankle and run or jump in with the other dogs in a fight. Little lick was not a fair fighter and had no problems with jumping in and helping out 2 on one!

So I told my mother we would take him and try it out to see how it worked. I was still using my wheelchair at this time so I admit I had my doubts as to whether I could handle 2 dogs and everything else going on in my life. But this is the end results of all the pain and suffering that me and the three legged dog has been through.

He is our baby! Katie was around him all through the years since my mother had him and katie lived with my mother also when I was first paralyzed and up in Indianapolis for 3 months. Plus me and Katie had to live with my mom and step dad for a while when I first got out of the hospital.

So now katie and lick are as close as any 2 dogs can be. And I literally feel for these 2 dogs as if they were my kids. Katie has been there with me through everything from withdrawals to me getting paralyzed. She slept right in my hospital bed when I first got home. 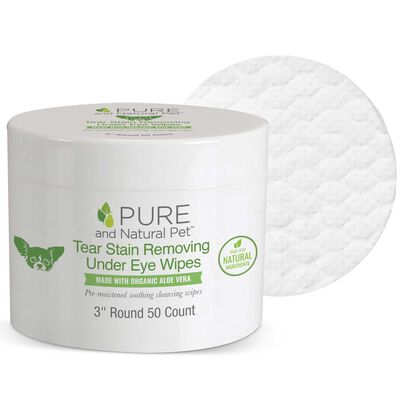 It is amazing how much love an animal can have for their owner and vice versa. So now we have 2 living in my trailer who are disabled, me and my dog. He definitely took to his disability way better than I did at first.

But one thing I did learn from him is that you have to get up and just do it. You can’t lay around feeling sorry for yourself. If you did that then you may never get back up. Dogs do not sit around and gripe about what happened to them. They don’t sit around and expect you to feel sorry for them. They just get back up and do what they can do to the best of their ability.

And that is why I am walking again today. Had I decided to just lay around feeling sorry for myself and letting others do everything for me then those muscles that were already almost non existent probably would have went on to actually being non existent. So I hope that perhaps this true story of 2 junkies and their disabled dog will help someone out there to see the way. And see that anything is possible in life. If you just believe.

I have been off the needle for over 3 years now and Justin is on soboxone and that is amazing considering what a terrible junky he was back in the day. We have many problems and many issues still, but I would have never dreamed that we would all be back together years later after he went to prison for 4 years, I got paralyzed from using needles, Little lick losing his leg, and poor Katie getting thrown back and forth from places because of our issues either with prison or hospitals. Yet here we are

My beautiful girl Katie passed away recently. She was 14 years old. I have had her since she was 6 months old. So I feel as if I have lost a part of myself. She was the best dog that anyone could ever have. Loyal all the way to the end. That dog was there for me no matter what. And no matter who else was there. I loved her so very much and I miss her so badly. We still have our Little Lick,(katie;s puppy) but he is arounfd 12 years old now, and so it scares me that we will lose him also. Well we will of course lose him also, it is inevitable. But I worry that we might lose him soon. He misses Katie badly. You can tell that he is depressed and doesn’t understand where she has went. And with Lick being a 3 legged hound he has had a lot harder of a life than I would have chosen for him. But I am not the one who decides on these types of things All I could do was love him and try to make his life as happy as I possibly could. And that I have definitely been trying to do. For him and Katie. Every since I got paralyzed and then got on my feet again I have lived for these 2 dogs. They were sometimes my only source of happiness that was around. And I am his world. And I was Katie’s world while she was here. I am so happy that I got to have those years with her. And I really hope that I have many more years with lick. Katie, we think got hit by a car. And she passed away at the vets office. Where I had to leave her after she got hit. I couldn’t even go inside with her because of covid-19. So I still feel terrible about that . I feel like I just abandoned her. She would have died at home if I had not taken her there. Which would have been much better for her. To be around her family while she died. But I did not know the outcome when I took her to the vet that day. I prayed that they would save her and I would be going back to pick her up in a few days. But they were not able to save her. And it cost me $310 total. Which included a $40 bill I owed from a previous visit for one of them. And it sucks that I had to pay that and still had to go pick her up to bury her. But I would pay it again on the chance of being able to make her better that day. And had I known what would happen before I took her, I would have never taken her there. I would have done the best I could for her with her pain. And let her lay there in whatever place she chose with me,lick, and justin surrounding her. Until she passed away. But that is the problem with life. We are not given blueprints or instructions on how to do things, or how to make them turn out right. We just have to do our best and hope for the best in the end. Sometimes our decisions will turn out to be alright. And sometimes our decisions will not turn out so very well. But all we can do in the end is to just have the best intentions with our decision making in mind. And we can just hope that in the end it will all turn out alright.

0 comments on “The story of Little Lick!”

This site uses Akismet to reduce spam. Learn how your comment data is processed.

Come and bank with Varo today and get your free $100

Mistaken All Our Lives Part 3

Come and read my story of addiction, getting paralyzed, and finding religion in some strange ways.

Mistaken All Our Lives Part 2

These are my stories from my life of addiction, prison, and messages from god

Greatest Look Of Bewilderment Ever Caught On Camera!

We caught my daughter taking a tumble on camera, catching the greatest look of bewilderment ever!